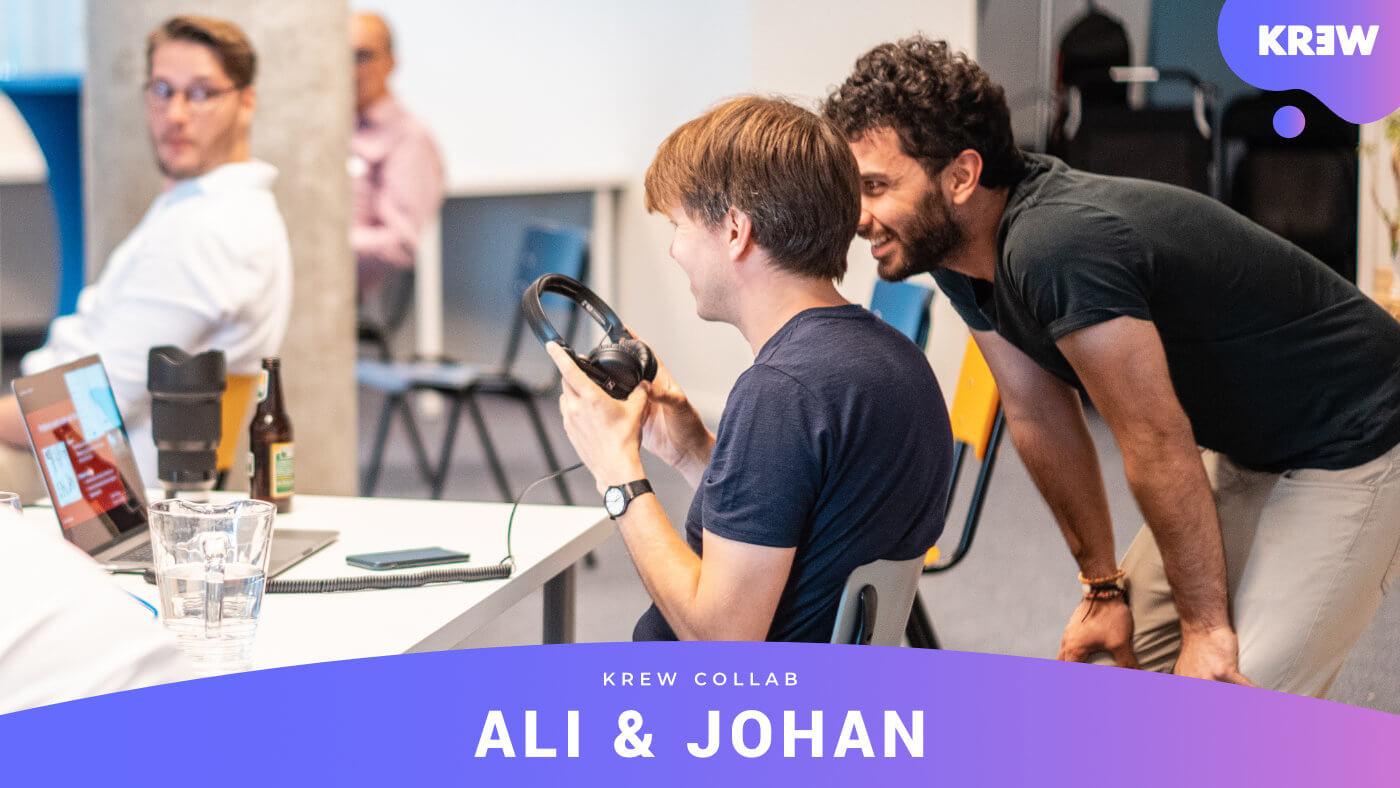 Every week, we feature one collaboration between KREW Members and/or Partners to inspire new meaningful connections and to show off our awesome work of course. We kick things off with the Collab of Alireza Parpaei and Johan Oudshoorn!

Full name: Alireza Parpaei
Collaborated with: Johan Oudshoorn
For: About one week
In: The Hague

What did you collaborate on? We were asked to live-stream an event for an organization called Frank & the Backs. They help startups and scale-ups grow. For the event, there was a limitation of 30 people in the room due to corona measures. So they had 20 people (plus our crew) join in for the event offline and another 20 people virtually via Zoom.

“We live-streamed the entire event directly to Zoom and even made interaction between people online and offline possible.”

What was most fun or surprising about this Collab? It was probably one of the first-ever live streaming events that we were able to facilitate. So obviously, Johan brought a lot of technical expertise. We got to learn so much from him. He’s a normally a one person show, but by collaborating with our team we were able to pull off a 2 to 3 person job. It was a great opportunity for my team to learn different skills and being involved in different types of events. Flash forward to a couple of months into the future and we’ve now been having one live streaming a week these days. It’s very popular!

What did you learn from this Collab? A lot of skills around different types of cameras. More on the technical side of things. It was also very interesting to see how Johan handles himself as a professional during an event. How much diligence he has during setup and takedown. And just the focus he had, both before and after.

During the event itself, it was also nice to see how he carries himself when something isn’t planned out. He doesn’t panic or anything. He just handles it professionally. That was nice to see as well from him. 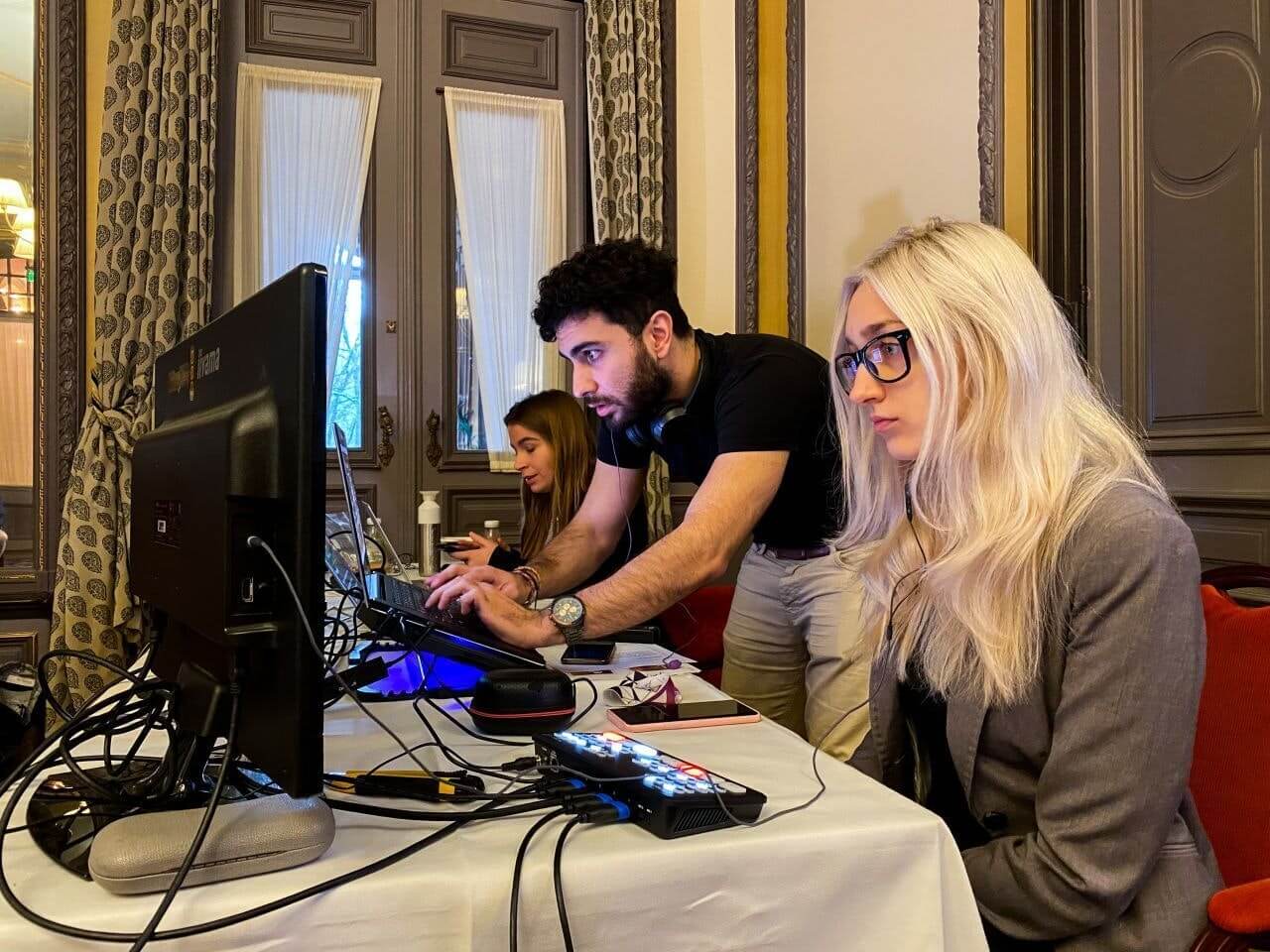 How did you (or are you going to) celebrate success? We had food afterwards. And we invited Johan to the barbecues and gatherings we have with our team. He is just a nice, cool dude to have around.

Anything else you’d like to add? A couple of months after the event, I got called in for a project. I was told that live-streaming was involved. “The live-streaming is organized by someone that you introduced to us”, they said. And that turned out to be Johan! I think it’s great to see is that we could introduce Johan to more work and opportunities because of this initial collaboration.

What was also great is that we just understood more about each other afterwards; our skills, what we are interested in and what we want to be involved in. This made it much easier to collaborate on more projects together since this one. 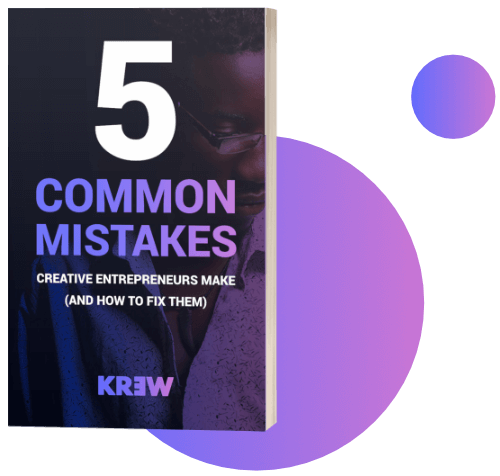 ARE THESE MISTAKES COSTING YOU THOUSANDS OF EUROS?

Download the ebook and discover 5 costly mistakes you may be making as a creative entrepreneur... and learn how to fix them!

Woohoo, welcome to the the KREWSLETTER! You'll receive the link to the ebook within minutes.

You agree to receive the KREWSLETTER: an exclusive email with regular tips on how to run your business better. Unsubscribe at any time.

Thanks for reading the weekly KREW Collab! Don’t hesitate to reach out to Ali or Johan to explore new collaborations and opportunities yourself.

Marc Rodan is the Founder of KREW and Chief Editor of KREW Stories. In 2015 he started his first business as the tallest (mini) pancake baker in Sweden. Since then, he has travelled the world to start businesses in both branding and online education. Marc loves penguins, UFOs and anything blue and orange, always makes up songs while doing the dishes and dreams of one day living in a tree house as big as Jake and Finn’s. Connect with him on LinkedIn.